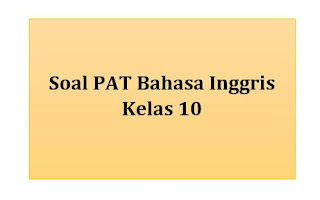 The following text is for the questions number 1 – 8

“Once upon a time a hawk feel in love with a hen. The hawk flew down from the sky and asked the hen, “Won’t you marry me?”

The hawk agreed. Before he went away, he gave the hen a ring. “This is to show that you have promised to marry me ,”said the hawk.

When the hawk came the next day, the hen told him the truth. The hawk was so furious that he cursed the hen. “Why didn’t you tell me earlier? Now, You’ll always be scratching the earth, and I,ll always be flying above you to catch your children ,”said the hawk.

The curse seems to have come true.

. What is the genre of the text?

a. because she did not love the hawk

b. because she had no ring to exchange

c. because it would make the roaster angry

d. because the hawk was too brave  and strong

e. because she had to learn how to fly as high as the hawk

3. What is the story about?

a. A hen and a rooster

b. A hawk and his wife

c. A hen and her children

d. A rooster and his fiancé

e. A hawk, a hen and a rooster